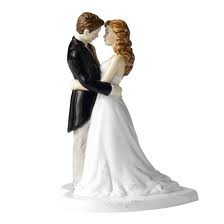 I am writing this letter in response to your announcement of late stating your stand in support of same-sex marriage. I appreciate your attempt to be inclusive of all people, to help all people feel accepted. The Declaration of Independence speaks truth: all men are created equal. They have certain unalienable rights. But marriage between two people of the same gender is not one of them. That is not marriage, and it is not a right.

Marriage, as a religious institution, is between a man and a woman and should not be redefined by the state. I know there are some loud voices who, in the name of equality, would tell you otherwise. They would tell you marriage is a union of two people who are in love and is detached from religious practices—they are wrong. And they hold the minority opinion. Mr. President, the silent masses of our country stand for marriage, marriage between a man and a woman. After your recent announcement, I decided it is time for this silent voice to speak.

Marriage is a divinely established institution to ensure strong, healthy families. God united men and women so they could have children and raise families. Raising a family is a couple’s crowning joy. Mr. President, two men or two women were not made to have children. And yet you would redefine marriage to call both unions equal; you would call both types of union marriage. I’m sorry, Mr. President, but no matter how many supporters this viewpoint gets, marriage is between men and women—anything else is not marriage.