The Tale of Peter Rabbit is a classic children’s story that has sparked the imagination of children for over 100 years.

“The Tale of Peter Rabbit is a British children’s book written and illustrated by Beatrix Potter.”

“The tale was written for five-year-old Noel Moore, son of Beatrix Potter’s former governess Annie Carter Moore, in 1893. It was revised and privately printed by Potter in 1901 after several publishers’ rejections but was printed in a trade edition by Frederick Warne & Co. in 1902. The book was a success, and multiple reprints were issued in the years immediately following its debut. It has been translated into 36 languages and with 45 million copies sold it is one of the best-selling books of all time.“ 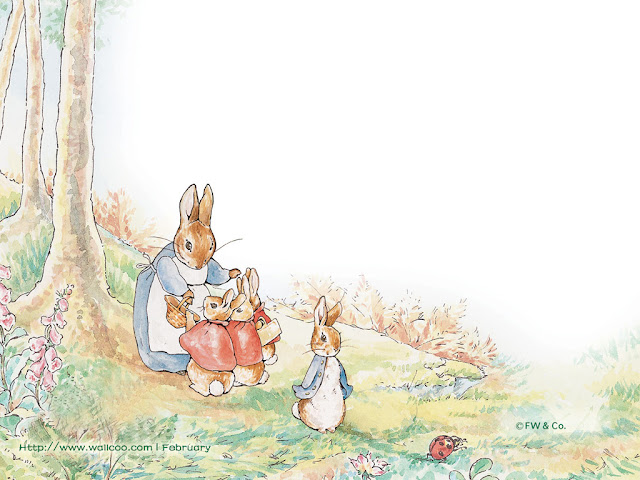 “The story focuses on a family of anthropomorphic rabbits, the widowed mother rabbit cautioning her young against entering a vegetable garden grown by a man named Mr. McGregor, telling them: “your Father had an accident there; he was put in a pie by Mrs. McGregor”. Whereas her three daughters obediently refrain from entering the garden, going down the lane to pick blackberries, her rebellious son Peter enters the garden to snack on some vegetables. Peter ends up eating more than is good for him and goes looking for parsley to cure his stomach ache. However, Peter is spotted by Mr. McGregor and loses his jacket and shoes while trying to escape. He hides in a watering can in a shed, but then has to run away again when Mr. McGregor finds him, and ends up completely lost. After sneaking past a cat, Peter sees the gate where he entered the garden from a distance and heads for it, despite being spotted and chased by Mr. McGregor again. He finds difficulties in wriggling beneath the gate, but manages to escape the garden, only to spot his abandoned clothing articles being used to dress Mr. McGregor’s scarecrow. After returning home, a sickened Peter is bedridden by his mother whereas his well-behaved sisters receive a sumptuous dinner of milk and berries as opposed to Peter’s supper of chamomile tea.”

Money Makes the World Go Round

“The book has generated considerable merchandise over the decades since its release for both children and adults with toys, dishes, foods, clothing, videos and other products made available. Potter was one of the first to be responsible for such merchandise when she patented a Peter Rabbit doll in 1903 and followed it almost immediately with a Peter Rabbit board game.”

“Carole Scott writes in Beatrix Potter’s Peter Rabbit that the reader cannot help but identify with rebellious little Peter and his plight as all the illustrations are presented from his low-to-the-ground view, most feature Peter in close-up and within touching distance, and Mr. McGregor is distanced from the reader by always being depicted on the far side of Peter. . . .

“In the verbal narrative and the illustration for the moment when Mr. McGregor attempts to trap Peter under a garden sieve, for example, the verbal narrative presents the murderous intent of Mr. McGregor as a matter-of-fact, everyday occurrence while the illustration presents the desperate moment from the terrified view of a small animal in fear of his life—a view that is reinforced by the birds that take flight to the left and the right.”

5 thoughts on “Children’s Corner: The Tale of Peter Rabbit”