Dating Culture and the Taboo “No” 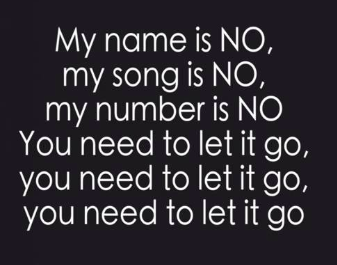 You know the drill.  You’ve just been asked out by someone that you don’t really know; and frankly, you’re not interested.  So, what do you say?  Dare you say, “no”?

Disclaimer:  I realize that not everyone adheres to the trends that I’ll discuss in this article and want only to call attention to a trend that is quite prevalent throughout what I’ve seen of the BYU cultural bubble.  I’ll also be speaking from a feminine perspective, but I believe that the exact same phenomenon exists on all ends of the romantic spectrum.

Growing up on the East Coast, I was always taught that honesty is the best policy.  If someone isn’t interested in something (anything—not just a potential partner), it’s best to just say so.  This way no one is confused, and everyone knows what’s going on in the other’s head.  There are no strange mind games to work through.

When I started attending BYU in the fall of 2015, I found myself immersed in a strange culture of “yes.”  My beloved “no” was practically a social taboo.

“You have to give him at least one chance,” I was taught and re-taught by friends and classmates. “You don’t really know until the second or third date if you like him or not!  Don’t be judgmental.  You have to get to know him!  Everyone is awkward on the first date!”

“Okay,” I thought. “I guess that’s how things work around here.  Free dinner for me!”

So I began to say “yes.”  Yes to the countless random boys who asked me out at the library. Yes to the other random friends of friends that found me on Instagram. Yes to the random guy who asked me out as I was sitting on a bench in the entryway of DI on my first week back to school after my mission.  And where did all of these yesses get me?  Did all of my “yesses” make anyone happier?  Did they benefit me or the guys that asked me out?  No, they didn’t.  Because here’s the thing—call me judgmental, but I think that many of us know within a few moments whether we are or are not attracted to a potential partner.  And if we aren’t attracted to him now, will we ever be attracted to him later?  Chew on it.  I say we won’t be.

My friends from freshman year weren’t wrong.  People are awkward on the first date, and you shouldn’t be judgmental.  I think that the second and third dates are fundamental if you’re on the fence about a guy.  That said, there’s something to be said for recognizing and admitting when you’re simply not attracted to a person—unattracted, I might say.  Plenty of guys that I’m simply not at all attracted to have asked me on dates, and I’ve said “yes” simply because of the social pressure.  On each of these dates, I ended up doing nothing but waste the boys’ time money on a date that I knew would never go anywhere.  I’ve tried several times to logic myself into liking boys because I’ve become so terrified of being judgmental that I ignore the basic laws of human attraction.  And it’s never once worked out well.

Obviously, we have to say “yes” sometimes.  If not, no one would ever find their happy ending and humanity would probably go extinct.  That said, I believe that it’s perfectly acceptable—wise, even—to say “no” when we know fairly well that we simply are not attracted to the opposite party.  Save the guy his money and save yourself the emotional trauma of ghosting him.  We all know that ghosting is terrible anyway, but how else do we get rid of these dates that we were never interested in to begin with?

Every single girl is not meant for every single guy, and there’s nothing wrong with that.  I love and appreciate the loving and open culture here at BYU that encourages us to get out of our bubbles and meet new people.  That said, I hope that when we accept dates, we do so because of a genuine interest in a person—not because of a derogatory, destructive social stigma.