by Adrienne Anderson Since before I can remember, my mother has made cinnamon rolls for Christmas, Easter, and LDS General Conference. She gets up around five or six in the morning to make sure everything is ready by the time we wander into the kitchen. …

by Erin Jones – Dedicated to Alberta Jones She scatters light to all within her touch She smiles, and they smile at her gaze Her garden’s heart to reach and trails to blaze A mother twenty-four years, but n’er too much A gardener first, but …

A Split Second Too Late

Imagine receiving a frantic phone call from your next-door neighbor saying that your son had just been shot . . . by his best friend. For the Stokes family of Oregon, this unthinkable event became a reality in January 2011, when their 12-year-old son Austin suffered a severe head injury after being shot with a loaded shotgun.

Since the near-fatal wound over a year ago, Austin has undergone numerous surgeries, including many to drain spinal fluid from his skull. Austin wears a helmet 24 hours a day to protect his exposed brain. He has had to relearn basic skills such as how to eat, walk, and talk, and has just recently returned to school with the help of in-home tutors.

Within the upcoming year, Austin must have at least two surgeries where doctors will use different parts of his ribs to help repair his damaged skull.

According to the Florida non-profit organization Families Against Murder and Accidental Shootings, the United States has the highest overall firearm mortality rate. The Center for Disease Control reports that more than 28,000 Americans have died every year since 1972 due to firearm accidents.

Because of these startling statistics and their personal experiences, the Stokes family hopes to raise awareness of gun safety from this incident. Austin’s father, Adam Stokes, says it best:

“Way too many kids have gotten hurt or killed by people who are not being safe. I am going to try my hardest to help other people hear this message so they do not have to go through what we have or even worse. Please help me get the word out and let’s make the world a safer place for kids.

For more information about the Stokes family, visit The Desert News

The Stokes family has also asked for financial support to pay for the ever-mounting medical bills. The family has set up a fund in Austin’s name, which can be found here.

What about Abstinence? It is Free and Freeing

by Christy Hinkson Christy is an author and a mother of ten. She recently released her new book Home Remedies for a Nation at Risk: What American Leaders could learn from American Families. Also, click here to view Christy’s blog Stand for the Truth. With …

by Erin Jones Provo, Utah, is known for its obsession about dating matters, and for good reason. When you stick a group of thousands of Latter-day Saint (Mormon) young adults together who are all trying to get married, you can expect to hear about dating. …

Could the Government Learn from American Families? 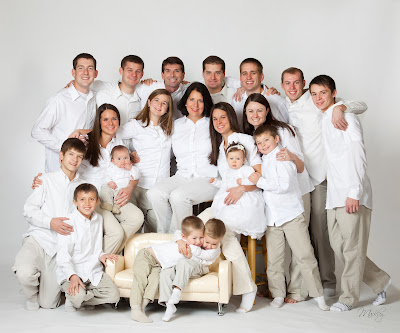 Christy Hinkson, a homemaker and mother of ten, recently released a new political book: Home Remedies for a Nation at Risk – What American Leaders Could Learn from American Families. She takes her experience as a mother of ten as well as an entrepreneur, business owner, world traveler, professional speaker, and American that has lived in almost every tax bracket to present new ways that government could model the habits of everyday Americans to benefit our nation.

Christy, who was previously named Young Mother of the Year, feels that this unique approach is what is needed in government today. She believes that no leaders should do anything on behalf of our nation that they wouldn’t do in their own homes. Christy uses common sense experiences from her home to teach principles that should be applied in government. Some chapter titles include: Stick to Your Job, Everyone Contribute, Live within your Means—Balance the Budget, Necessities Come First, Streamline, Self Sufficiency—The Path to Security, The Role of Protector, The Fallacy of Fairness, The Power of Unity.

The book is available as an e-book on Amazon.com

What Does It Take to Make a Family

by Kaylyn Johnston Family. Defined by the dictionary as, “a basic social unit consisting of parents and their children, considered as a group, whether dwelling together or not.” This definition, however, does little to reflect just what family really means to an individual. Aren’t families …

Come Listen to the Story: The Idea Started as a Simple Melody

by Joshua Cox Music has been part of my life as long as I can remember. Growing up in the Cox family felt like a constant musical stage. No matter the time of day, there was almost always somebody singing or practicing an instrument in …

by Emily Smith I couldn’t imagine a life without my siblings. Although they weren’t my best friends from my early stages of life, I have come to love and appreciate them for the people they are. Unfortunately, there are children who grow up without sibling …